What are the problems of Bitcoin currently?

Bitcoin is an encrypted, decentralized and digital currency that is electronically exchanged with Bitcoin wallets equipped with digital security measures. This is confirmed by a mechanism called the block chain. Currently, Bitcoin and block chain have many problems.

Bitcoin is a truly remarkable and innovative application, but it does not require trust. The block chain has a very limited number of operations that can be done at a certain time. This happens in the first generation of all block chain platforms. Bitcoin limits the size of the block, while Etheruem limits the amount of processing that can be done in a block.
The increasing popularity of crypto currencies has increased the number of crypto money users and the amount of transactions made with crypto currencies. This pushes the limits of the first-generation block chains.
In traditional block chain platforms such as Bitcoin, operational efficiency is restricted. Behind this situation there is the block chain protocol and design. Currently, the design of primitive block chains is called a linear linked list. As bitcoin becomes more common and more miners are added to the system, the entire mining capacity is used to dig the next block in the linear block chain. Therefore, there is no point in increasing the mining capacity.
The scalability problem led to a significant increase in commission rates and to wait for longer times with Bitcoin traders.

Block chains, which are part of the first generation, have established a programming ecosystem that can be based. Ethereum Virtual Machine was an important step for the limited Bitcoin programming ecosystem. With the increasing use of crypto coins, various constraints and vulnerabilities in the EVM have been observed. Therefore, Ethereum has started out with the idea of removing block chain-supported applications, but it is still difficult to build complex applications. 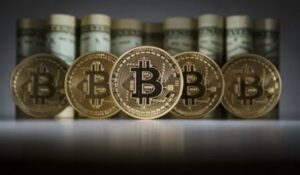 Nowadays, the programs used by the software developers are very simple and often require centralized applications to fill dirty third party tools or gaps. In addition, even the smallest changes that can be made to mobile platforms for users will require many adjustments.
Providing feature-rich tools for third-party developers is not yet considered a priority. This situation leads to significant security vulnerabilities in systems where cryptocurrencies are connected, preventing the widespread use of crypto money.

3 thoughts on “What are the problems of Bitcoin currently?”